During business school, I wanted to throw a networking event that was fun, so I spent some time thinking about how that could be possible. Then it dawned on me. “What did we call networking back in the day?”

It’s not a joke, but there is a punchline. We called it a “party.” And by “back in the day,” I refer to our entire personal human experience before we decided that meeting and building genuine relationships with people needed a new, buttoned-up name: networking.

Networking is incidentally the word we use for computers talking to each other, right? No, thanks.

If “Networking” is Everything and Everywhere, it is Nothing & Nowhere

Networking used to be something lawyers and insurance people did to drum up business. Now the dogma has creeped further into our lives — into company policies and onto college campuses.

I recently even found myself speaking to a group of high schoolers about why they should be networking, and starting to build up their LinkedIn profiles: “If you want a good job, work hard and network harder!” That may be sound advice, but I realized I missed an opportunity to elaborate.

Change Your Perspective on Networking

It’s not networking that I have a problem with. It’s the sense that the goal of something great — meaningful human relationships — became corrupted when this natural and necessary order of things got a name. Once it had a name, “networking” rapidly started to be treated like a thing to measure, fine tune, exploit, and vaguely dread. The opposite of a party.

Humans are not robots. Furthermore, we’re actually pretty good at identifying robots from humans. Real networking is the genuine, important, and often inspiring work of actually getting to know other people. If you approach the craft like a machine, with inputs and outputs, then you’re going to fail, and people probably won’t like you.

They’ll wonder what you were smoking when you grabbed their business card and 3 days later sent your first (and last) stock sales email to them, without permission. Congratulations, you’re the living, breathing, real-life manifestation of a spambot!

Great Networking is a Party

The original inspiration for GroundBridge was the idea that networking could be fun, and that fun and enjoyment can actually make networking more rewarding. Of the professionals you trust, chances are you didn’t meet them “networking.” And if you did, you probably actually enjoyed some time listening to and learning about each other, swapping stories, and maybe sharing some laughs. I call that a party, because we always did before “networking” came along.

When an event becomes a party is entirely up to you. Enjoy yourself, meet people, introduce your friends to others — and forget about networking for a little while. Ironically, if you do, you’ll be one of the most successful networkers — ahem, partiers — in the room. 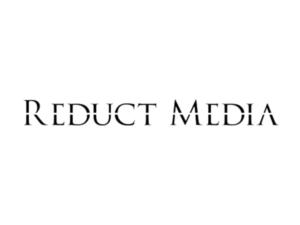